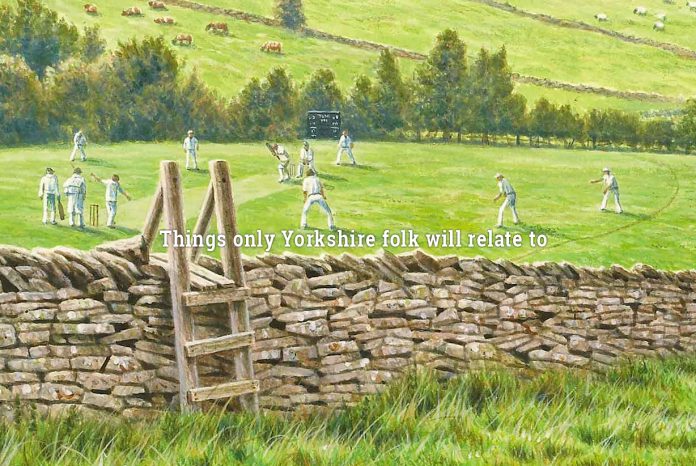 Being the Yorkshire Folk that we are, we have put together a blog going through some of the things you will only relate to if you’re from Yorkshire.

There are many great ways to greet someone. For example: Hello, hi, Good Morning, Good Afternoon, are some common ones to use. However us Yorkshire folk like to complicate things a little.

The word ‘alright’ springs to mind and to us Yorkshire folk using the word ‘alright’ is an acceptable way of greeting someone but for everyone else outside of Yorkshire, this is usually taken as a question, for example ‘are you alright?’…this can catch you off guard and make for quite the awkward encounter.

Who would have thought that something as simple as a particular type of bread would cause so much angst across the whole of Yorkshire. There are just so many different passionate opinions as to what this piece of bread is actually called, and nobody here is willing to admit that they are wrong.

So if you see a conversation arising as to what is the correct name of this small circular, piece of bread is, its probably best try stay out of it. Although, this can be difficult because if they’re losing their debate they’re likely to drag your name into it and ask for you to confirm the correct name, in which case you’ll probably respond and won’t get anywhere at all, but you can try.

Picture the scene: you’re driving to work, you’re on time, you even managed to pack yourself a pack up, and everything is going swimmingly and then, BAM! A tractor driving at 5 miles an hour pulls out in front of you and now you’re late. So you begin shouting abuse from within your car. You even consider overtaking it and risking your life before coming to the conclusion that you should just learn to be patient (through gritted teeth). I can guarantee that everyone in Yorkshire has spent hours stuck behind one.

This is probably the most heartbreaking thing to ever happen to someone. For example: you’re in the office and stand up to make yourself a tea, and because you’re thoughtful, you proceed to ask any other colleagues around if they would also like a tea. So you make them a tea, place it on their desk.

Hours later, you walk past their desk, and see that the full cup of tea is still there, clap cold, and bits of milk are even beginning to form on the top. You then make a promise to yourself, to never ever make them a tea again.

When a Yorkshire person says they’re chuffed, it means they’re absolutely over the moon, sky high, words cannot describe the sheer joy that they’re feeling. Perhaps someone has just got a promotion, has passed an exam, or has just got engaged, the only way Yorkshire folk will express their true feelings is by saying, ‘yeah am dead chuffed me.’

If something is going catastrophically wrong, to the point where it will never ever be the same again, and is completely unfix-able, don’t worry because according to the whole of Yorkshire it will still, ‘Be Reyt.’