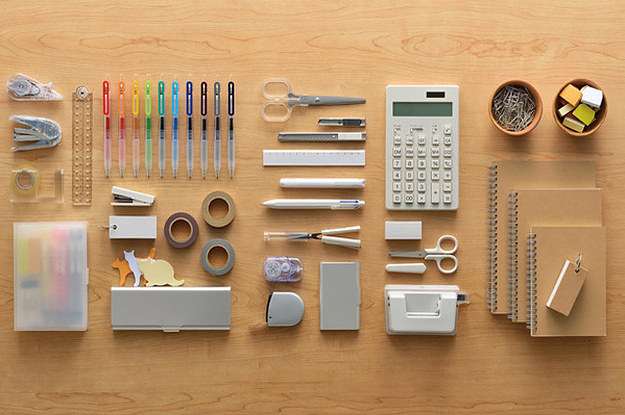 What’s on your desk at the moment? Some paper clips? Maybe a rubber and a pair of scissors? Perhaps a pad of sticky notes and almost certainly a stapler. It’s all standard issue office kit that we stock at Office Monster. But did you know there’s a fascinating history behind some of those items? 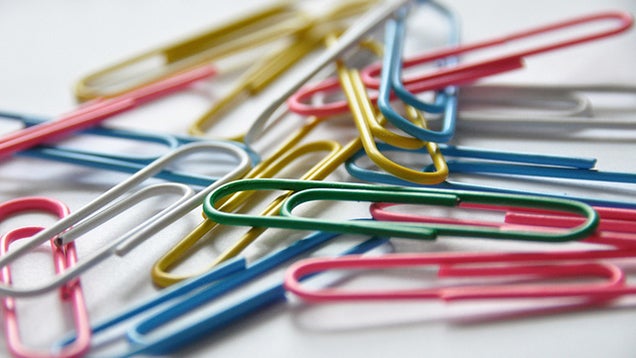 I can’t even begin to imagine what an absolute nightmare we were in, living and working without this small looped piece of wire. Paper was developed in China in the 1st Century A.D which means until 1899, when a clever Mr William Middlebrook came along and invented the humble paper clip, a paper tornado will have been upon us: paper everywhere, confidential information becoming not-so-confidential anymore, possible attempts at sticking paper together with glue and stab marks within the paper! Just the thought sends shudders down my back, thank goodness for William Middlebrook!

We all use them, and they’re one of the best sellers at Office Monster, but did you know those useful little notes were invented completely by mistake? American scientist Dr Spencer Silver was searching for a super-strong glue but created a really low tack one instead. Eventually, in 1974, he hit on the idea of a note that could be stuck and 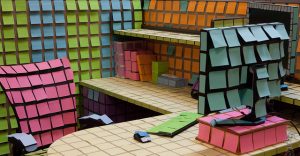 re-stuck and we’ve loved them ever since – in fact, they’re so popular they’ve been used in everything from art to protests.

Did you know we once used everything from pumice stone to breadcrumbs to remove ink from parchment? Until Edward Nairne picked up a bit of rubber by mistake in 1770 and found out it made a much better eraser. The rubber did undergo some modification, however, thanks to Charles Goodyear’s invention of vulcanised rubber in the 1830s which meant those little blocks became much more durable.

It’s perhaps the quintessential piece of office equipment – who could forget Gareth’s stapler in ‘The Office’? But it actually has a noble history, with the first stapler being handcrafted for Louis XV in the 18th Century and each individual staple bearing the royal insignia!

You won’t believe how old that pair of scissors on your desk is – over 3,000 years old according to archaeologists who unearthed the earliest known pairs in Mesopotamia, in what is now Iraq.

If you have any queries or questions please don’t hesitate to contact us, our friendly team at Office Monster will be more than happy to help you!